By Carl Ross and Mustafa Ulukan 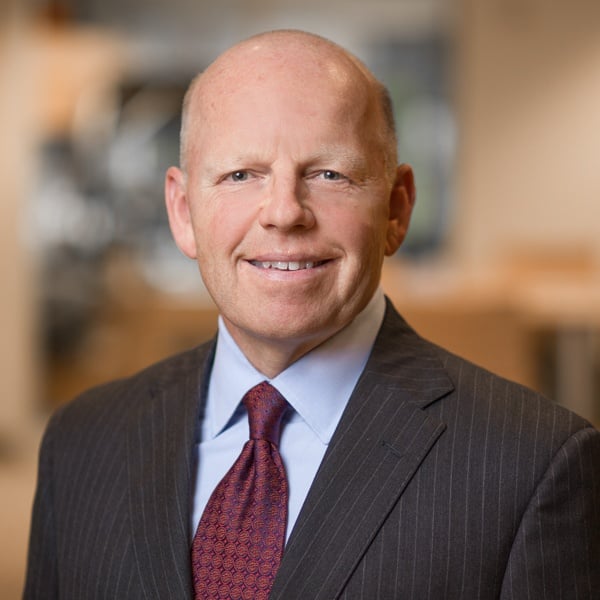 Mr. Ulukan is engaged in research for GMO’s Emerging Country Debt team. Prior to joining GMO in 2015, he was an Associate for East Asian Financials at The World Bank Group. Previously, he was a Private Equity Analyst at Grea Ventures. Mr. Ulukan earned his BA in Economics from the University of California, Irvine, and his MBA from the George Washington University School of Business. He is a CFA charterholder.

In August 2020, as the global pandemic was straining emerging countries’ ability to make debt payments, we published a white paper – “Sovereign Contingent Bonds: How Emerging Countries Might Prepay for Debt Relief” – introducing the concept of “sovereign coco bonds,” a way for countries to structure bond agreements to allow for more flexible policy options in the face of a crisis. Though it didn’t gain traction then, two years later we believe this concept is still relevant and could be extraordinarily valuable to countries.

This update on the topic first summarizes our original idea, with a current example, and then republishes the full description of our proposal from our 2020 paper.

How Sovereign Contingent Bonds Would Work

In 2020, we suggested that issuers and investors should consider building contractual flexibility into debt agreements to provide financial relief in the event of a crisis. Applicable crises could be global like the Covid-19 pandemic or isolated like flooding in Pakistan. Our full idea is described in the “Our Simpler Proposal” section below. We proposed that these new “sovereign coco bonds” could feature payment-in-kind (PIK) and toggle options that would allow a country to defer or capitalize bond coupon payments at some point in the life of the obligation. It’s often the case that with one year of grace on debt service, a country might get through its shock, whatever that may be, and avoid a costly default.

Some versions of these “contingent” bonds have previously been issued by small, vulnerable countries, most recently by Barbados. But they always specify certain events where debt service suspension would be triggered. Our proposal was to make deferment triggers discretionary for the country, so that any shock would qualify. Clauses like the ones we propose would likely be welcomed by official creditors, who often point out that they provide debt relief (i.e., Debt Service Suspension Initiative (DSSI)), while bondholders do not.

One criticism of the idea is that the financial architecture makes it very difficult (perhaps impossible) to go back and retroactively insert these clauses into existing bond contracts, many of which still have a long way to maturity. But with all the countries defaulting these days, that is an opportunity to “reset” and harmonize bond contracts in the context of the debt restructuring process, which always involves extinguishing existing bonds for new bonds with more favorable negotiated payment terms for the country. It’s an excellent moment in history to think about this as a (at least partial) solution to future shocks.

Pakistan has been hit with a cataclysmic weather event this year and is now calling on the international community for debt relief. If Pakistan’s bonds featured the clauses we proposed, it could suspend (i.e., capitalize) coupons for the next year to provide short-term cash flow relief without triggering an event of default. We calculate (roughly) that it could defer nearly $600 million in debt service over the next year, which would go a long way in helping with flood relief.

Yes, it still might not be enough – it may be that Pakistan needs a more comprehensive debt restructuring after the epic floods – but at least a deferral/capitalization option would give the country a shot at avoiding an outright default, including all the collateral financial and reputational damage that implies.

Our proposal is described fully below. It is dramatically simplified relative to other ideas that have circulated, and by providing flexibility up front, it would save valuable time, money, and other resources of both policymakers and bondholders. We would still advise emerging countries to consider this concept as a valuable tool to guard against future shocks.

The following section is republished directly from “Sovereign Contingent Bonds: How Emerging Countries Might Prepay for Debt Relief,” originally published by the authors in August 2020.

Our proposal is to revert to something much simpler, borrowing existing ideas from the high yield market, as well as post-GFC trends in subordinated bank bonds. From the high yield market, we have PIK and “toggle” bonds, which allow for debtors to capitalize coupon payments, usually in return for higher coupon rates in the future. Interestingly, our colleagues from GMO’s High Yield portfolio management team tell us that issuance of these notes has fallen in recent years, perhaps because of low all-in coupons as a result of lower risk-free interest rates, but they also tell us that these notes, similar to our experience with GDP-linked notes in emerging markets, often arise out of debt restructurings. Moreover, their terms tend to be onerous, significantly raising future debt service as a “cost” of using the payment deferral, which tends to keep the entity in financial distress.

In the subordinated bank bond market, we’ve observed the increased issuance of contingent convertible (coco) bonds. These were introduced post-GFC to correct what appeared to be an unfair ex-post burden sharing across taxpayers, debt holders, and equity holders. They are designed to allow banks to skip coupon payments without necessarily having to be in a state of insolvency. In other words, they are more flexible, providing bank management and regulators with more policy options.

How does GMO envision a “sovereign coco” with “PIK/toggle” characteristics? We would design this instrument for maximum simplicity and maximum practicality for both the issuer and the bondholder. It would be a pure PIK, whereby the issuer would have the option to skip two consecutive coupon payments, at its sole discretion, on one occasion during the life of the bond. Other ideas we have seen along this line specify thresholds for when the PIK can be used, such as credit default swap (CDS) spreads, recessions, or natural disasters as measured by specific parameters. We would eliminate all of these, and let the country decide when to use the option. Coupons would be added to principal, and future interest payments would be made on the higher level of principal. Done this way, financial losses to bondholders would be negligible, while the country would receive potentially valuable cash flow relief in the event of a shock.

This option, if broadly used, would be extraordinarily valuable in the current global environment. It would help address the PSI issue and deflect criticism that bondholders are in some way being made whole by debt relief from the official sector. It would prevent countries from incurring the legal and administrative costs of seeking short-term debt relief. The small Central American country of Belize is a case in point. Its government recently capitalized some near-term coupon payments on a bond that is in our EMBI Global Diversified benchmark. 1  This required a so-called consent solicitation to obtain the consent of bondholders, which involved the hiring of expensive law firms and financial advisors and many hours of valuable time from government officials and bondholder groups. The provision we propose would eliminate this step. We acknowledge the PIK provision would not be of much help to a country like Lebanon, where debt was clearly unsustainable before the Covid-19 crisis. It would not likely be useful to Argentina either, where willingness to pay is so much in doubt and domestic politics is aligned to view bond markets as adversaries, rather than development partners. But it would be very useful to many countries that simply need short-term debt relief to deal with an unexpected crisis. In the case of Ecuador, it might have provided enough liquidity relief to prevent a default this year.

One potential criticism of our proposal might be that it would be prone to abuse by politicians. Indeed, non-payment of bond coupons might be a creative way to fund an election campaign. We think this is a low risk. Interactions between bond markets and governments is a “repeated game” in game theory parlance. Players “learn” about each other through their actions. Because the capitalization option is available only once over the life of the bond, governments are likely to use it sparingly. Those that abuse it by using it in a year where there is no crisis would reveal themselves as irresponsible stewards of public finance and see their bond spreads rise. We believe this dynamic would be a very effective self-policing mechanism.

In this pure PIK form, which we will label the Capitalization Option, from a net present value perspective, there is no loss for bondholders, assuming no further risky spread discounting is applied, whether the coupons are skipped in, say, Year 1, Year 5, or Year 10. Therefore, such a structure should “cost” the country very little in terms of the added yield it would be required to pay for the initial issuance. But another criticism could be that it is not pure debt relief, only liquidity relief. We can imagine two additional simple forms the model could take that would do so, but cost the issuer in terms of additional yield at issuance:

We think of the added yield that countries would have to pay for this optionality as akin to an insurance premium. Table 1 shows how much additional yield (insurance premium) countries may have to pay to make investors indifferent to holding such a bond with a less predictable payment structure or holding a plain vanilla bond.

We use a very simple cash flow model to make these calculations, assuming three scenarios (short-, medium-, long-term) for timing of when the coupon relief is used by the country. Investors are likely to demand a premium that drifts to the worst-case scenario, which is immediate usage in Year 1. If that’s the assumption, then the added annual premium the country would have to pay would be from 0.5% per year to 1.2% per year in the Forgiveness Option, and 0.1% per year to 0.6% per year for the Deferral Option. The range depends on the initial creditworthiness of the issuer. For issuers of high credit quality, who can issue at 4.0%, the premium is lower, with the premium growing as initial credit quality falls (initial yields rise).

What about an 8% yield country – as in a single-B sovereign credit? Would it be willing to pay 1.2% on top of its 8% funding yield to be able to skip two coupons? Perhaps. Or an extra 0.6% for the Deferral Option? This is more likely. Even more likely would be the use of the Capitalization Option, which would cost little to nothing in added yield premium.