Compelling Opportunities in “Other” Event-Driven Investments

By Doug Francis and Sam Klar 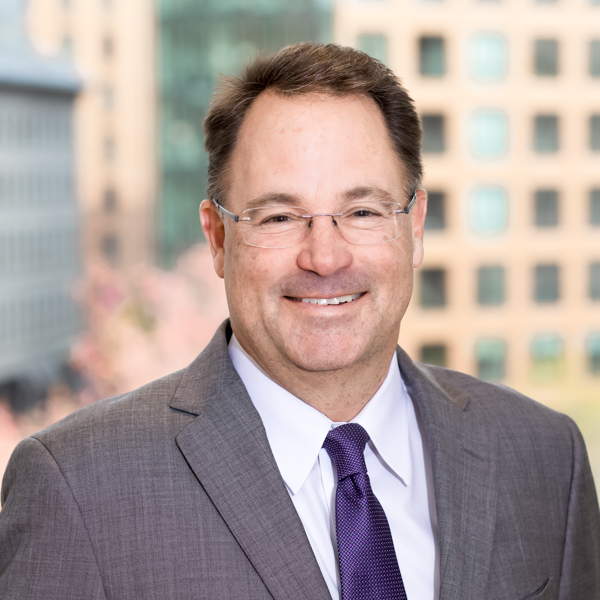 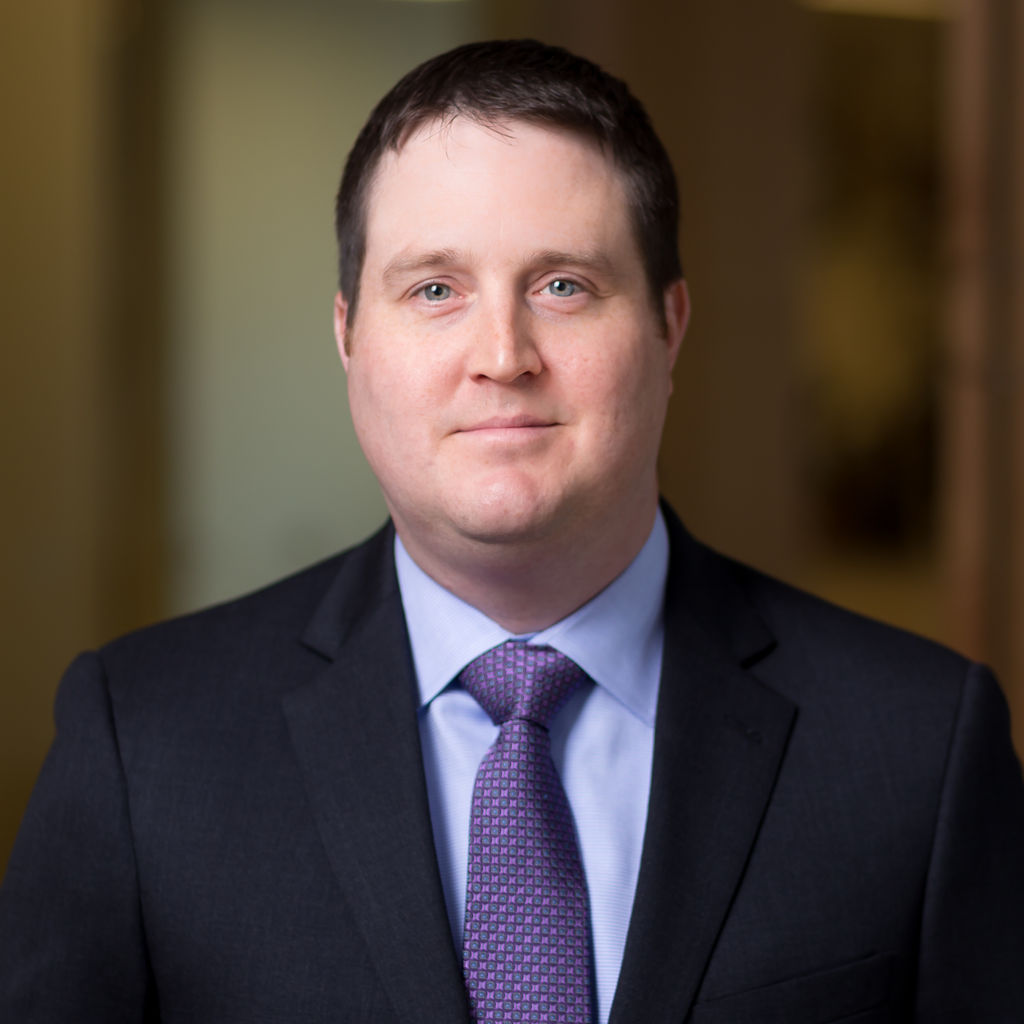 Mr. Klar is engaged in managing GMO’s Event-Driven portfolio. Previously at GMO, he was a member of the Global Equity team. Prior to joining full-time in 2006, he held a co-op position at GMO with the Emerging Markets Equity team. Mr. Klar earned his B.S. in Finance from Northeastern University.

The combination of record-level SPAC issuance and a flood of non-SPAC M&A has created a supply-demand imbalance in the event-driven asset class. With SPACs garnering most of the limelight, we believe investors are missing an excellent opportunity to deploy capital into “other” event-driven investments, most prominently merger arbitrage.

It’s certainly been an interesting 12 months in the event-driven asset class. From soft catalyst event situations upended by the onset of COVID in Q1 2020, to the March 2020 “Arbageddon” widening in merger arbitrage spreads, to countless instances of hedge fund repositioning causing atypical volatility in typically boring share class arbitrage. It’s been a truly wild ride.
The combination of Q1 2020 performance challenges for the asset class and slow-to-recover new merger volume last spring and summer led to the perception that there was “nothing to do” in event-driven. The record issuance of SPACs in 2020 and early 2021, accompanied by some high-profile bouts of outperformance in former SPACs like Nikola, amended that narrative slightly. Recent commentary has been willing to stipulate that there was nothing to do in event-driven, apart from SPACs.

As experienced event-driven investors, we’ve often chafed at the notion that event-driven’s attractiveness waxes and wanes as much as commentators would suggest. Indeed, our team mantra is “there’s almost always something to do,” and our historical results have supported this claim’s veracity.

That said, the current opportunity set in merger arbitrage is both compelling and mostly unnoticed, a unique combination. Amid the “nothing to do” narrative that prevailed last summer and the SPAC boom that followed in its wake, the quantity and quality of merger arbitrage transactions has grown quickly but quietly. What started as a slow trickle of new deal announcements late last summer morphed into a gushing stream of activity. Since Q3 of 2020, we’ve seen several hundred billion dollars of new mergers announced. This flood has come alongside >$100 billion of new SPAC issuances, with more announced every day. The result of all this activity is an environment historically unique on the metric that should matter most to investors: the ability to build a merger arbitrage portfolio that can deliver excellent future returns.

A key element of successful merger arbitrage investing is repeatedly asking: “What are we missing?” For the present set of merger arbitrage spreads, we’ve been consistently puzzled by the gap in our view of the fundamental likelihood of deal closure and the more pessimistic odds implied by prevailing market prices. As we’ve tried to figure out why more event-driven investors aren’t buying merger arbitrage spreads today, the most common answer we’ve received is “bandwidth.” Namely, that between the record levels of SPAC issuance and the steady flow of new merger transactions, there’s simply too much going on for event-driven investors to cover it all. This supply-demand gap was evident during last month’s volatility in SPAC prices and its trickle-down impact into other spreads in the event-driven universe – there’s simply too little capital chasing too much deal volume. And while we’ve heard plenty of fists pounding the table over the opportunity in SPACs, there has been a notable absence of interest in merger arbitrage and “other” non-SPAC event-driven investment opportunities.

As a result, we’ve taken the rare (for us) occasion to raise our hands. We think investing in merger arbitrage today represents a contrarian opportunity to profit from this historic imbalance between supply and demand in the event-driven universe. Our own merger arbitrage-heavy event-driven portfolio presently trades at expected values in the highest 25% of our history. More importantly, this attractive expected value outlook isn’t driven by one or two spreads where we have a different view from the market. Rather, the present attractiveness is incredibly broad-based, reducing the odds that the inevitable break in one or two deals will lead to disappointing overall returns.

Key Risks and Why the Opportunity Exists

While the supply-demand imbalance is strong evidence explaining merger arbitrage’s present attractiveness, we’ve also spent considerable effort investigating other key risks to the portfolio. The reality of merger arbitrage investing is that broken deals are part of the business. The possibility that any particular merger could break is the risk underpinning merger arbitrage’s historical ability to generate positive returns. If deals never broke, there’d be no return to investing in merger arbitrage. Since deal breaks are part of the landscape in any particular year, we’ve focused intently on top-down risks that could cause a higher-than-usual break rate in the near future. The key areas of uncertainty in the merger arbitrage community today are potential changes in the U.S. antitrust landscape and ongoing volatility in the U.S.-China relationship. Following are a few words on each.

Given intense public and political interest in the big technology platforms, antitrust commentary has found itself in the popular limelight more frequently than in recent history. Proposed antitrust legislation such as that authored by Senator Amy Klobuchar and questions around who President Biden will appoint to key U.S. antitrust enforcement positions at the Department of Justice and the Federal Trade Commission add to this uncertainty. Given that a key risk in many merger arbitrage transactions is the merging parties’ ability to secure antitrust approval, we understand that there might be some investor trepidation around handicapping antitrust risk in such an environment.

We’ve spent much of our careers talking with lawyers and wrangling with antitrust issues. In evaluating the current landscape, we combine our experience with rigorous research to determine if anything fundamental has changed or is likely to change in the near future. There are two important observations we’d make about U.S. antitrust risk for merger arbitrage transactions today.

First, while extreme proposals like a wholesale rewriting of antitrust standards may garner headlines, they seem unlikely to gain much traction as ultimate policy outcomes. Ideas like shifting the burden of proof in antitrust evaluations to resemble a “guilty until proven innocent” standard may create attractive political sound bites but seem unlikely to hold up through the legislative and judicial process. That’s not to say antitrust enforcement won’t change in the coming years, just that the evidence points to evolution, not revolution.

Second, while antitrust policy provides a broad framework for agencies in evaluating mergers, each merger transaction ultimately succeeds or fails based on its own unique set of facts and circumstances. Genuine antitrust issues are often resolved with behavioral or structural remedies to pave the way for deal closure, a possibility merging parties are aware of before announcing a deal. In practice, this means that contested mergers can often be “fixed” to address antitrust concerns without breaking the deal, presenting an opportunity for fundamental investors who can profit from situations where the market’s implied odds aren’t reflective of the most realistic range of outcomes. While there will always be some deals that draw increased antitrust scrutiny, the near-term focus seems more likely to continue in this vein rather than a broad “all deals are blocked” edict. This is particularly relevant given that the path for the U.S. government to block a merger involves suing the merging parties in court, where it’s more challenging to overturn decades of legal precedent to address current political whims. While deals can and will be challenged periodically for antitrust reasons, a near-term paradigm shift seems unlikely.

Chinese antitrust risk has been an increased area of focus for merger arbitrage investors in recent years. China’s unwillingness to approve Qualcomm’s acquisition of NXP Semiconductors in 2018 amid the uncertainty surrounding the U.S.-China trade war led to that deal’s termination. The search for “the next NXP” in the merger arbitrage community has carried a similar fervor to basketball scouts’ quest to find “the next Michael Jordan.” The results in both fields have been similar: plenty of intriguing prospects, but none that has emerged as “the one.” We’ve monitored 38 mergers that required Chinese antitrust approval since the NXP deal broke in 2018. In 12 of them, we deemed Chinese antitrust approval to be a substantive risk. And every single one has eventually been approved. Many have taken longer than expected and there have been plenty of twists and turns, but the actual outcomes have been very encouraging.

While it seems likely that China will stymie another merger deal again at some point, the fact pattern informing our Chinese antitrust risk analysis today is similar to our U.S. antitrust finding: a few challenged transactions would represent expected and natural uncertainty, not a paradigm shift, and have the potential to reward investors who focus on the opportunities where the broad fear doesn’t match the deal-specific fundamentals.

A final hesitation for prospective investors in merger arbitrage today revolves around duration issues. Our portfolio’s current weighted average time to expected close date is ~6 months, which is a short timeframe in real-world terms but somewhat longer than usual in merger arbitrage. Taken in concert with the U.S. antitrust and China risks detailed above, it makes sense that there’s some reticence among capital allocators to rush into merger arbitrage today. “I’ll buy it right before it’s about to go up” is an understandable yet difficult-to-execute sentiment in the investment community and, we believe, a contributing factor to investors’ present lack of interest in merger arbitrage.

In addition, merger arbitrage doesn’t lend itself well to the investment world’s current zeal for the clean and easy implementation via an ETF. Attempts at passive merger arbitrage implementation often suffer from both the technical complexities of implementing a merger arbitrage portfolio (sizing positions, securing economical borrow on short positions, hedging collar deals, etc.) and over-diversification, which can limit the performance impact of having a differentiated view from the market’s. Merger arbitrage investing is somewhat akin to going on a jungle safari – a knowledgeable guide can be the difference between an enjoyable experience you can’t wait to tell your friends about and ending up as some animal’s lunch!

We believe the supply-demand dynamics and aforementioned risk factors have combined to create a compelling opportunity set. One trait we particularly love about merger arbitrage is that near-term prices generally have nothing to do with eventual fundamental outcomes. Deals can close whether spreads are wide or narrow and typically trade with relatively low market beta while you wait. There are always risks, but at today’s prices investors are being compensated exceptionally well to bear them.